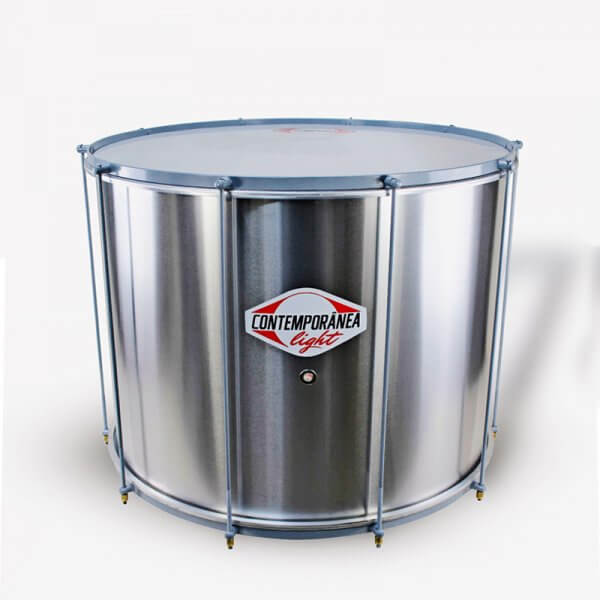 Short 24'' surdo with XXL bass for Samba Reggae / Afro Samba fans!
Samba Reggae, big bass, good swing and lots of choreography is your thing, you are the heartbeat of your bloco and love the pounding street sound of the Bahia styles?
In the last couple of years, the short surdos have become more and more popular in Brazil and in Europe. You used to see them only in a few of Salvador´s blocos like e.g. Timbalada or Ilê Aiyê. Being shorter than other surdo types, they produce the typical dry Samba Reggae and Afro Samba sounds with short sustain and of course, they also are lighter.
The Light series by Contemporanea is a slightly lighter version compared to their Pro series. The shell material is thinner, the stability of the rims is achieved by creasing the metal, additional reinforcements are reduced or left out in order to save weight. A simple and straight forward instrument with good sound and big bass - get out your muscle shirt for this 24" baby!
Typical Contemporanea Light: The shell is made of brushed aluminium, the hardware is painted. 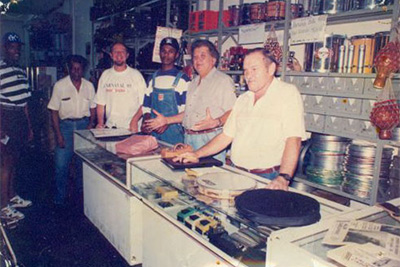 CONTEMPORÂNEA PRO serie instruments are very popular amongst sambistas from all over the world. Now the percussion company has created a second, fearly lower priced line:
CONTEMPORÂNEA LIGHT

The instruments of the LIGHT line are made of matt aluminium and are simple in their style. This way some working processes aren´t necessary and the drums can be offered at a more advantageous price. Sound and durability maintains in the well known CONTEMPORÂNEA quality.

The PRO line as well as the LIGHT line are made of thick aluminium sheet, which provides a massive sound to repinique, caixa and surdo.

€185.00 *
Compare wishlist
Would you like to learn more about our instruments?