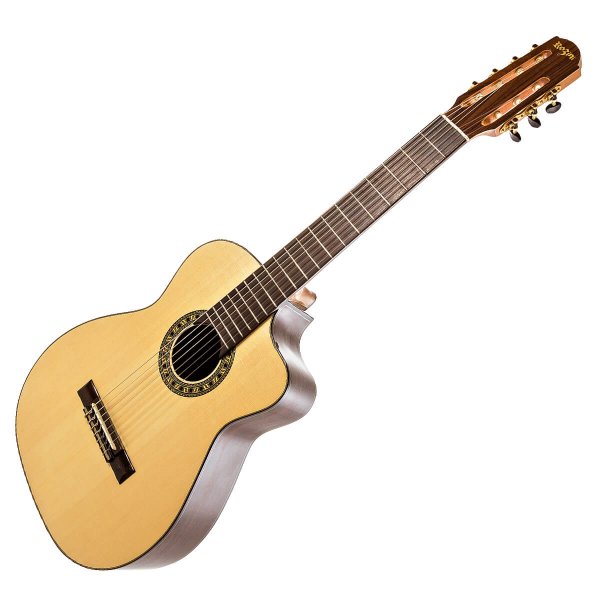 Cutaway designates a part of the guitar body which has been cut out next to the neck of the guitar. This allows the left hand to easily reach the high positions of the fingerboard.

The Violão 7 cordas - the seven-string guitar - plays an important role in styles like the Choro, but also in the Samba de Enredo you can see Puxadores - the lead singers and players of the big Samba schools, which have a 7-cordas in their ensemble. It functions as a bass guitar and brings wonderfully warm sounds and a clear, strong bass lines to the music. Since this model has high-quality pic-up technology, it can be used from relaxed indoor Samba up to the carnival parade performances. Typically, the seven-string guitar is more likely to be found in the Choro, where soft, jazzy rhythms with wind instruments and accordion support more classical Brazilian sounds.

Rozini was founded in the 1990s as a result of the merger of several experienced guitar builders and is today one of the leading manufacturers of guitars and cavaquinhos in Brazil. €23.00 *
Compare wishlist
Would you like to learn more about our instruments?