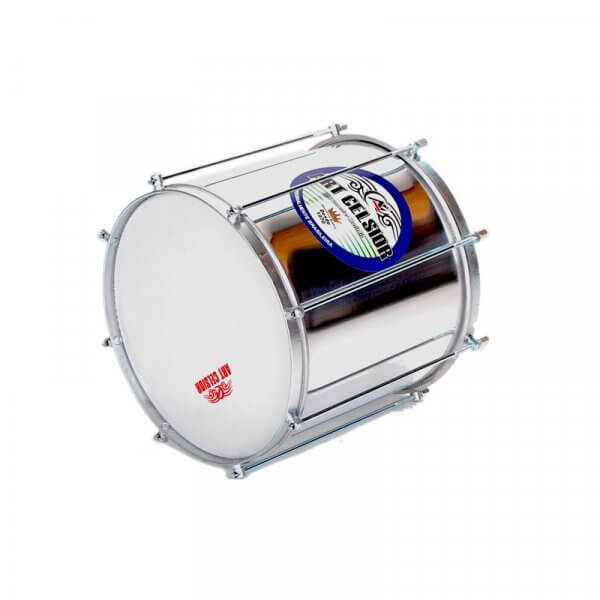 Classical repinique in the standard size with 8 rods for batucada or Bahian styles.
The traditionalist producer Artcelsior from Rio brings in many years of experience building these repiniques which you basically see in every Samba school in Rio.
Rice with beans, beans with rice - with this repinique you cannot do anything wrong.
Simple, made of polished aluminium, great sound for all styles. €148.00 *
Compare wishlist
Would you like to learn more about our instruments?