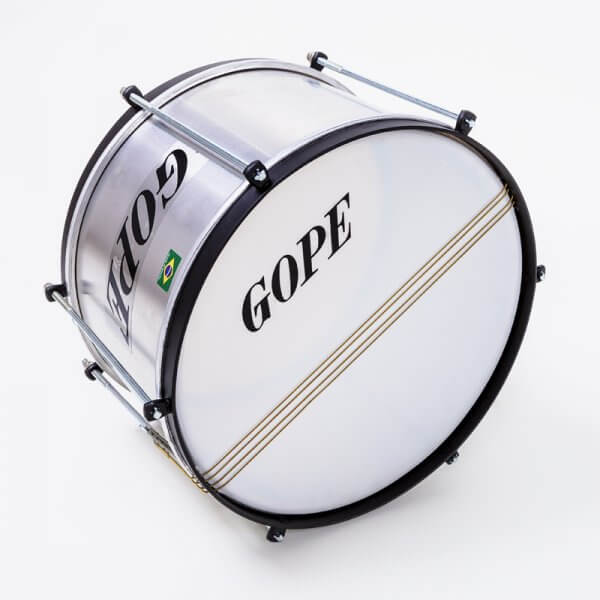 A typical Rio style caixa in its classical format, but with a special feature: the 6 strings don't need to be tied together with knots what often requires quite some patience and light-fingeredness. Instead, each string has small wire loops on each end. Thread through the little cotter pin which is held by the string strainer. The strainer then pulls the strings down on the head being screwed tight by its thread the way you already know. Easy and quick! If you prefer tying knots with the standard strings, just take out the cotter pin and there you go.
The seam of the body is welded. Welded shells produce a higher and more audible part of shell sound than e.g. grooved shells as their shell vibrates better.
The caixa has black hoops, the body is made of light-weight, brushed aluminium and sounds nice and dry - Rio style!
Due to its low weight the caixa is also suitable for young sambistas.

Good quality, clear sound.
Simple to draw, but not so easy to draw the wire with the same tension.
Bolts are about 9,5mm and no key or instruction is given. 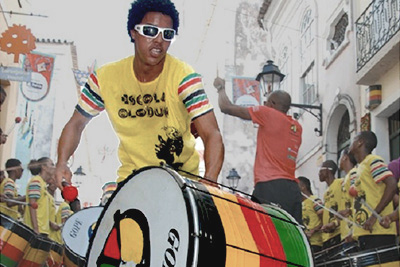 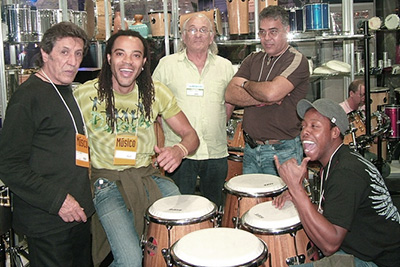 €146.50 *
Compare wishlist
This might also interest you
Hip strap
KALANGO
(2)

€7.90 *
Compare wishlist
Would you like to learn more about our instruments?