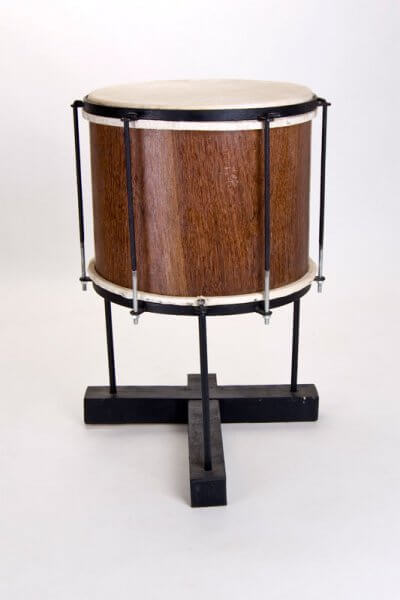 The typical Candomblé cult drums from Pernambuco are played in a set of 3 by 3 people. They are pure hand drums, the left hand muffles the sustain produced by the right hand which highly effects the sound and rhythm image. The Ian grave plays pre-defined solo phrasings together with the higher pitched ilus that stick to the accompanying voices. According to old African guidelines the lowest pitched drum is responsable for the solo parts. Ilus are - quite similar to the atabaques - drums which are played during ritual occasions. An ilu is often accompanied by an agogó and also - but less common - by an agbé (shekere). It is characteristic that ilus have goat skin heads on both sides. When playing an ilu you sit in front of it with your feet on the floor cross and play Candomblé rhythms only with your hands. The lowest ilu plays the solo phrasings, while both other voices follow defined accompanying lines.
Pernambuco is the state north of Bahia and one of the Brazilian regions where ritual drumming is still very present. Ilu is the Yoruba word for drum. This type of drum is not found anywhere else than Pernambuco. 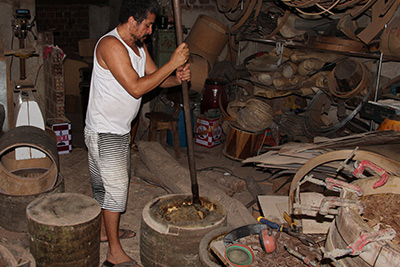 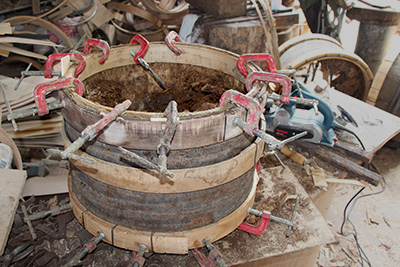