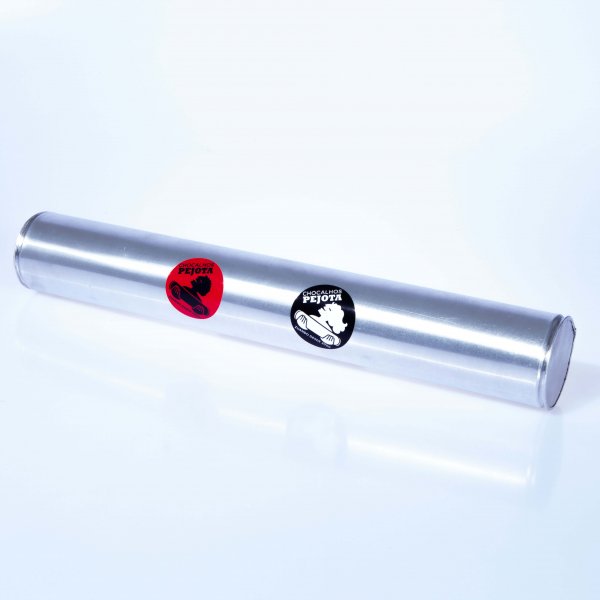 Pejota's ganzas have been popular through many music scenes since 2000. This model has a diameter of 7 cm and is made of folded aluminium with a special filling made of different materials based on glass- and plastic beads. The sound is powerful and fits perfectly to music styles across the Latin range: from Brazil sounds to traditional Salsa, from Rumba to Maracatú, from Cumbia, Merengue or Afrobeats to Electro mash-ups, there are no limits to your imagination. Aluminium sounds somewhat finer and less coarse than steel sheet, also it weighs less. Hold the caps of the ganza on the left and right with each hand and shake the tube like a Cuban torpedo - shift the rhythm between both hands rather than shaking simultaneously. Like this you can easily reach high speed, it is fantastic to look at and brings some crazy and beautiful momentum to every band. The rhythm drives forward and develops swing. Of course you can also shake classically or come up with your own shaking rhythms.

This instrument is handmade and reflects the authentic and rustic style of metal instruments as played in Brazil with street Samba. Materials such as simple sheet metal are used and folded using simple methods so that small stains, scratches or unevenness are part of the style. We find that these characteristics enhance the character and charisma of this instrument. 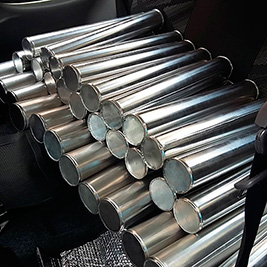 Pejota is an amateur musician who has been playing in Rio de Janeiro's street blocos during the carnival for many years. Since 2000, he has been making his own ganza lines similar to the shaker tubes from Brazil's northeast, where the large Maracatu shakers convince with rich sounds and accompany the blocos through the streets of Olinda. Word soon got around that Pejota built high quality shakers with good sound, and so, many of Rio's street baterias integrated Pejota's ganzas. Hundreds of customers have already found their way to music through his instruments, of which he is particularly proud. 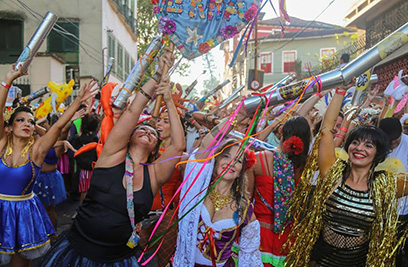 Music is one of the most important ingredients of life. Pejota is convinced that carnival is present all year round. Music and the urge for fun and joy are universal wishes and main components of every party. He also builds his instruments according to these principles.

In order to rock the chocalho and really enjoy the sound, we not only make beautiful, but also easy-to-play musical instruments of high quality 'nota 10' (the highest mark awarded only to the best of Rio's samba schools).

€23.00 *
Compare wishlist
Would you like to learn more about our instruments?