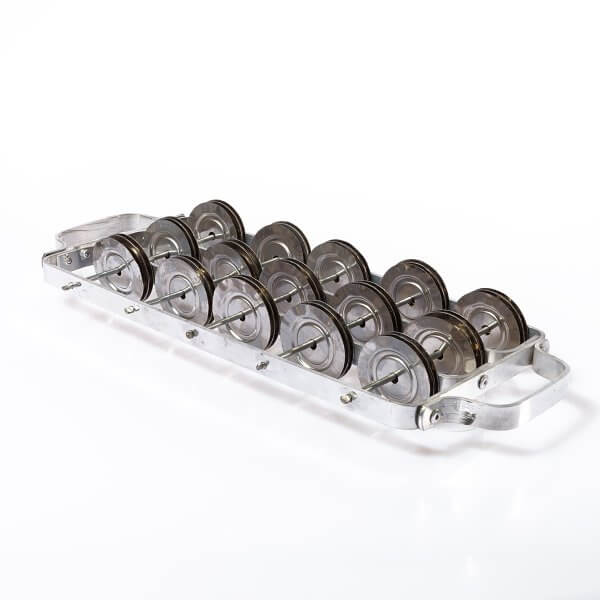 You can find rocars in every Rio Samba bateria. They are the timekeepers and produce a dense groove base. Their light jingling is also called the 'white sound' and forms the counterpart of the mids and bass tones of surdos and repiniques.  The aluminium frame is still quite common, it has a handle on each side which some sambistas like to cover with fabric for comfort reasons and also to avoid bruises, especially if you play over a longer period.
Inox jingles have a bright and fine sound which is particularly popular in Europe.

I’ve always wanted one of the style of chocalho to compare with the type with a wood body. Great sound, projects really well and obviously quality construction.

Alfredo Alves has been in the instrument-making business since 2003 when he started off as a mechanic. He realized there was a demand for good Samba instruments and only shortly after, he founded his very own company on no more than 10 sqm. Today, his working grounds have grown to an impressive empire and his range includes a broad selection of professional Samba drums and percussion instruments. Nonetheless, Alfredo has remained a visionary with a strong passion for Samba.
Salgueiro, Portela, União da Ilha and Mangueira - to name just a few of the major Samba schools (mainly Grupo Especial and rising schools) that King supplies to. The manufacturer is explicitly specialised in Samba instruments and has his production workshops in Rio. Thiago Diogo, Mestre de bateria of the Samba school Acadêmicos do Grande Rio at the time, is only one of numerous examples of King's VIP clients.
Alfredo's secret to success besides decades of experience in product development, is that he understands exactly what is important to the mestres and their music. He always took in practical feedback from active sambistas and the company's open ear cleared the path to great popularity. King puts into practise and builds quality instruments from what the mestres - many of whom have become close friends over the years - have developed over long periods based on their experience. 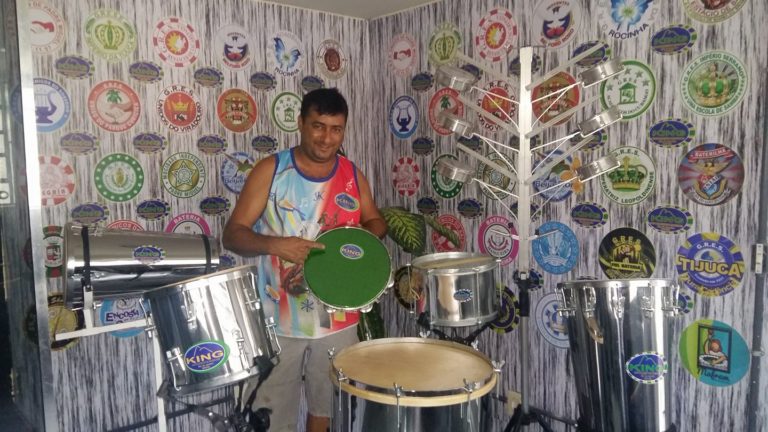 €8.00 *
Compare wishlist
Would you like to learn more about our instruments?